1 Sears store to close in Virginia 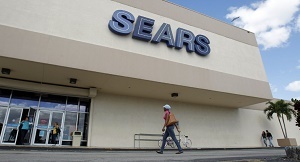 Transform Holdco LLC will close 26 Sears or Kmart stores nationwide, including one Sears store in Virginia as the company seeks to return to profitability.

The company, which acquired Sears Holdings Corp. assets earlier this year, said in a news release this month that the stores will close in late October and that Sears Auto Centers located at the properties will close later this month.

The Virginia store is at 4812 Valley View Blvd. Northeast in Roanoke.

“We have faced a number of challenges returning our stores to sustainable levels of productivity, including differences with Sears Holdings over our purchase agreement and a generally weak retail environment,” the news release states.

Employees affected by the closures can receive the same level of severance pay as what was offered to employees before Sears Holdings Corp. filed for Chapter 11 bankruptcy in October 2018, Transform Holdco LLC said.

The company also said it is possible that additional stores could be closed in the future.

“After careful review of where we are today, we believe the right course for the company is to accelerate the expansion of our smaller store formats which includes opening additional Home & Life stores and adding several hundred Sears Hometown stores after the Sears Hometown and Outlet transaction closes,” the news release said.

Want to get notified whenever we write about Sears Holdings Corporation ?

Sign-up Next time we write about Sears Holdings Corporation, we'll email you a link to the story. You may edit your settings or unsubscribe at any time.