HAMPTON ROADS CHAMBER OF COMMERCE: IRV Day 3 Kicks Off with A Tour and Panel of Research Triangle Park 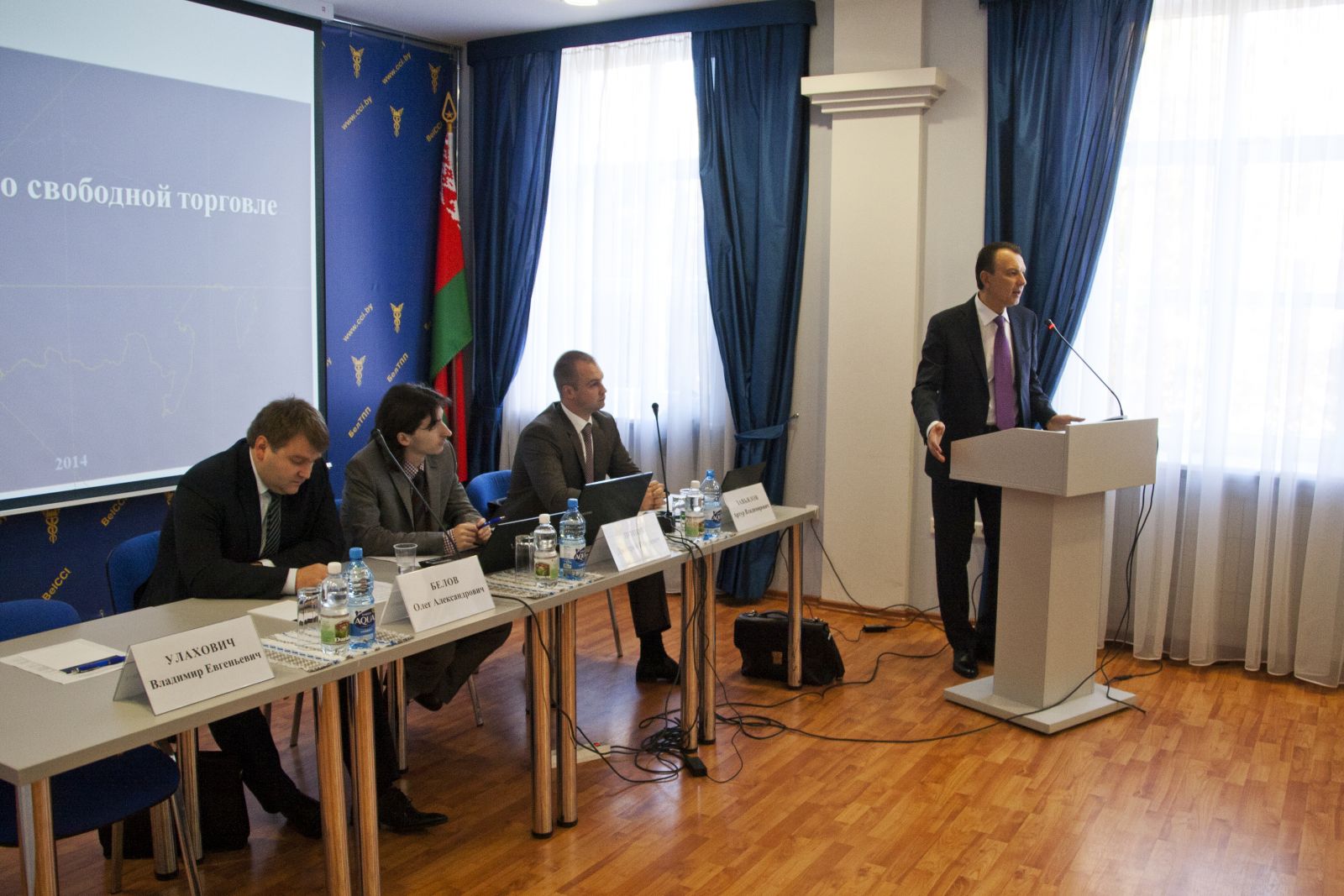 Speakers give information to attendees at the Oct. 1-2 seminar on free trade agreements.   Photo courtesy of the Belarusian Chamber of Commerce and Industry

“We are one of the top powerhouses of research in the country,” said Kristie VanAuken, Vice President of Stakeholder Engagement, Research Triangle Park. “It’s a very cool and innovative place to be.”

The third and final day of the Inter-Regional Visit began with a tour and panel at the North Carolina Biotechnology Center in Research Triangle Park (RTP). VanAuken led the tour and gave attendees a brief overview of RTP’s history.

In 1959, the RTP was founded and developed by the Research Triangle Park Foundation in Durham. VanAuken discussed the parks role as a leading innovator and technology research center making it the largest research park in the country. The park includes 7,000 acres, more than 55,000 employees, and more than 300 biotech, life science, data science, and technology companies.

“Research leads to discovery, innovation and new technologies,” said VanAuken during the tour. She also mentioned the parks connection to the three tier one research universities nearby: Duke University, North Carolina State University and the University of North Carolina at Chapel Hill.

“We provide guidance into the window on life sciences,” Edgeton said about the NCBiotechnology Center. Edgeton discussed the Biotechnology Center’s role in the Triangle, describing it as “a great neutral third-party convener.” The Biotechnology Center is continually seeking innovative ideas in medicine and healthcare. “Our dream is to find a way to help our state pay less for medicine,” said Edgeton. He went on to say that the Biotech center relies on talent coming out of the nearby universities.

The panel discussion continued with remarks from Dr. Snyderman, “If you look at where we are today, regionally, this place has come a long way.” Dr. Snyderman discussed his career at Duke University and touched on how Duke partners with local institutions to help the community. “Our success was dependent on the success of the community and vice versa,” said Snyderman.

Snyderman continued to emphasize the importance of business leaders and communities supporting each other to achieve success. He concluded by addressing the success of the Triangle and asked audience members how their businesses can partner with the communities of Hampton Roads to mimic the success of Raleigh, Durham and the Triangle. “It is critical for the leaders of institutions to truly know the constituencies that they are serving,” Snyderman said.

In closing, the panel took various questions from audience members on how the Triangle addresses culture, diversity and regionalism. One question focused on how Duke University addresses diversity and inclusion efforts in their institution for women and minorities. Dr. Snyderman discussed Duke’s percentage rates for medical students saying that 8% of medical students were underrepresented minorities, and today that number has increased to 28%. “Duke makes a conscious effort to ensure their staff and students are diverse,” Snyderman ended.

The final question focused on regionalism and how Hampton Roads can position itself to attract talent to the region. “The RTP is very active in interacting with universities to promote the triangle and educate people on what is available in our region,” VanAuken said. She urged Hampton Roads business leaders to promote what the region offers and to create a lifestyle that is attractive to people migrating into the Hampton Roads region. “Presenting ourself as a diverse, welcoming place really matters,” ended VanAuken.